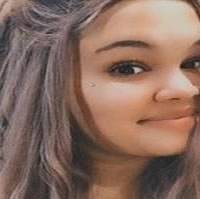 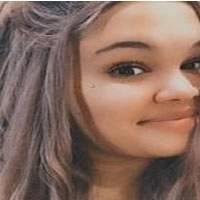 Sarah Roach, February 12, 1997 – July 12, 2021North Hollywood, California – Sarah Jane Roach passed away on Monday, July 12, 2021 in her home in North Hollywood, CA. Sarah was born on February 12, 1997 in Tyler, TX and was adopted by Jay and Carroll when she was seven months old in Coppell, TX. She was the youngest of three, and loved and adored her older brother, Drew (who she shared her birthday with) and her sister, Hilary, .Sarah’s family moved frequently in her young years- making great friends along the way (Greenville, SC; Kalamazoo, MI and finally Kansas City. In Kansas City, she was surrounded by family and cousins and had a very happy childhood. She was always singing and dancing. Sarah entered kindergarten at Kansas City Christian School, eventually attending House of Hope, Leawood Elementary, Leawood Middle and Blue Valley North. She moved to Texas and graduated from Denton High School in 2015. Her mental health struggles began interfering with her life early, and she struggled with that the rest of her life- it eventually led to her becoming addicted to drugs. While she started that journey she, along with her parents, sought out every resource and treatment they could. She was an active and joyful young girl that fought the demons mightily, but eventually the drugs won out and she accidentally overdosed on fentanyl during a brief relapse. She had turned her life around and was working as an Outreach Coordinator for Licasa Treatment Center, 7 Star Recovery. Sarah wanted to help others live a life of recovery, as she was doing until her last day. Sarah’s life will be celebrated on Friday, July 23rd at 7 pm at Christ Church Anglican, 5500 W. 91st Street, Overland Park, Kansas 66207 in the church she grew up in. She is survived by her significant other and love of her life, Vladimer Greene Polyakov and their puppy, Bear; parents, Carroll (Paul), and Jay (Christy); her siblings, Drew and Hilary and sister in law, Emily; Grandmother, Jane; Aunts and Uncles- Mary Jane, Phil, Ginny Ann and Roger, Jeff and Mary Ann, Julie and Greg; cousins Charlie, Ben, Grace, Elora, Leah, Jack, Garrett and Emma, Jon (Whitney), Nathan (Jamie), Madison, Shannon, Matthew and Caleb; Her boss, friend and mentor, Lilet Muradyan.Her addiction caused her to move around to different treatment centers around the country, and she made wonderful friends everywhere she went. The family has been overwhelmed by the people from all over that met Sarah during her struggles and their stories of how she helped them. The people she lived with and worked with described her as always happy, sweet and singing. She is now singing with Jesus. She was greeted in Heaven by her grandparents, Barbara and Charlie Oliver and Jon Roach, as well as a multitude of loved ones and friends, in particular Berkley Walline and Scott Jenkins. Donations in Sarah’s honor can be made to Healing House, Inc Kansas City or Angels United Foundation at AngelsUnitedFoundation.com in Los Angeles, CA or a charity of your choice.