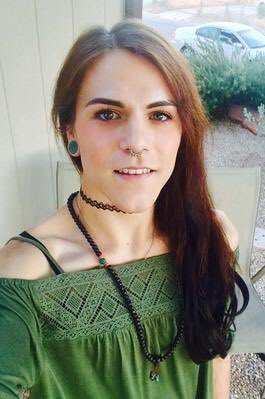 Trevor was creative, active, and curious about the world around him. Trevor had a love for the arts. He participated in dancing, singing, and musical theater in the community. He starred as the Prince in the Nutcracker for three seasons. Trevor enjoyed playing the piano and singing. He would learn a song in minutes. Trevor had an affinity for ancient Egyptian, Chinese, and Native American history, and learned to read and write both Egyptian and Chinese languages.

River’s death came after a lifelong struggle of being, in her words, “born with a body that was not my own.” Most people who knew River were attuned to her inner chaos and struggle. River identified as transgender, and began transitioning from male to female. Throughout her life, there were those who antagonized her because of her gender identity which made it difficult to communicate her truth until recently. River turned to substances as a coping strategy to manage her emotional pain. Despite the bullying and addiction, River was able to experience accomplishment and joy. River was a spiritual person, intuitive, inclusive, kind to all, and loved by many.

Arrangements are made under the direction of Spilsbury Mortuary, 435-673-2454. Friends and family are invited to sign River’s guestbook at www.spilsburymortuary.com