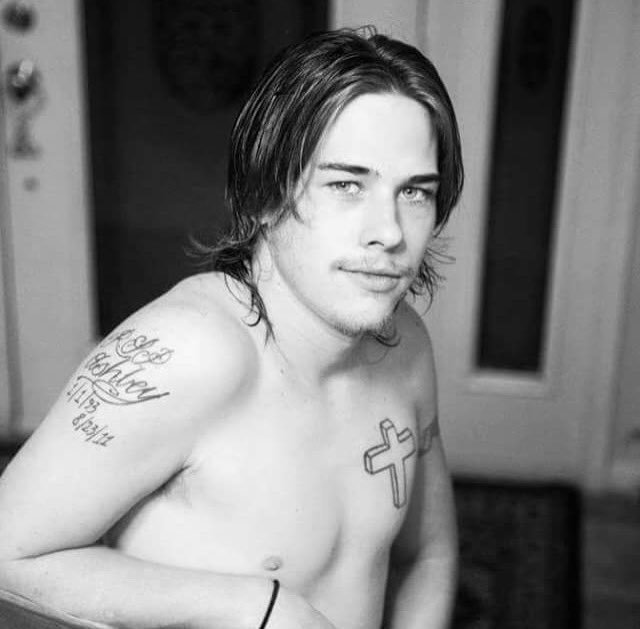 Matthew Delash, age 25, from Woodsboro, MD, was freed from the chains of addiction by his Lord on February 28, 2017.

Matt was born on April 17, 1991 in Weatherford, TX, and considered himself a true Texan even though he lived in Maryland since the age of 6.

He is survived by his parents, Tom and Darlene Delash, brother Michael, grandparents, Don and Cleta Dollar, preceded in death grandfather Nick Delash and many aunts, uncles and cousins.

Many knew Matt only through the lens of the addictions he battled for years. That wasn’t the real Matt though, and those fortunate enough to truly know him immediately recognized him as one who would give the clothes he was wearing to help a friend in need (and did so more than once); one who ended nearly every conversation with those he cared for with ‘love you’; and one who considered his close friends to be like brothers and sisters, which he often called them. He was fiercely loyal to his friends, his brother Michael and his extended family, and he could relate to anyone and make anyone feel at ease, and he was loved by many.

He never gave up, and just recently decided completely on his own to enter a treatment facility in NJ and begin a new life. He was about to start a full-time job as another step in his recovery and getting beyond the addiction.

But the chains that bound him were stronger than anything he could do on his own. He fought this battle for years, and truly sought God’s help during the struggle. He knew Jesus Christ as his Savior, and in the end it was He who finally decided Matt struggled enough and brought him home peacefully. Matt spent the last month ensuring those he loved knew it, he reconciled with everyone in his family even though he had no need to, and he was optimistic about a new start in life. He did finally start a new life, and though it’s not the one he was planning it is far better and eternal.

Matt loved skateboarding, fishing, the outdoors, baseball, and soccer when he was younger, and anything on wheels that went fast when he got older, especially his dirt bike and Dodge Ram 1500 truck he had in Texas. He amazed his doctors as an adolescent by never bearing the scrapes or bruises typical of most young boys, he was extremely coordinated and athletic, and was a master at fixing anything that needed it. He first jumped out of his crib at 10 months by standing on a baby stuffed lamb and hurling himself over the edge, then casually crawling in to the kitchen to visit his parents – still without a bruise.

A private service is planned at FCF Church, followed by a graveside service and interment in Fort Worth, TX.

In lieu of flowers, the family requests that donations in Matt’s name be made to drug treatment centers (such as Serenity Treatment Center) in Frederick County to help others who are struggling. Matt’s legacy through his battle was to never give up, and by his example he would encourage anyone else to do the same.

Online condolences may be shared with the family at www.hartzlerfuneralhome.com