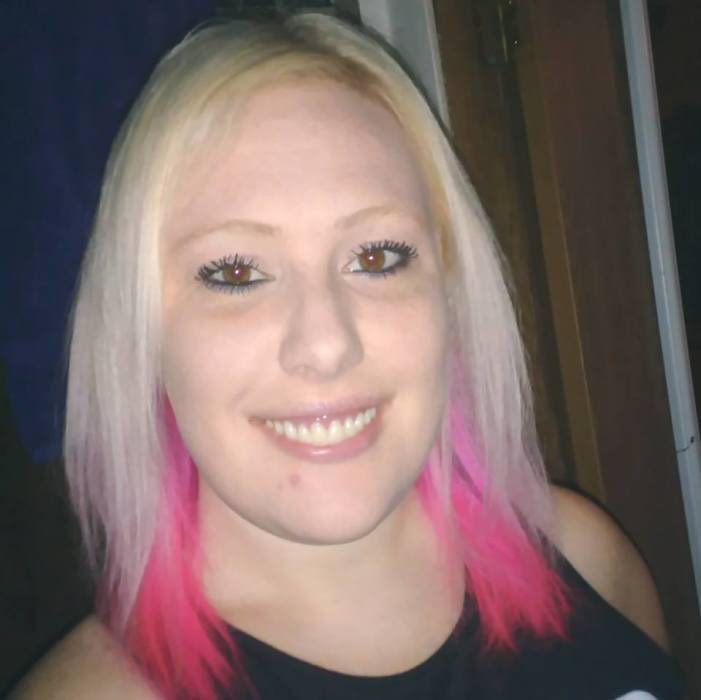 Kristina Joy Coe-Dotts, 30, lifetime Spokane area resident, passed away unexpectedly on June 6, 2017 in Garfield, Washington.  Funeral services will be held at Hennessey Funeral Home at 2203 N. Division Street, Spokane on Saturday, June 17, 2017 at 2:00 p.m.  Viewing for family and friends will begin at 12:30 p.m. also at the funeral home.

Kristina was born on at 9:50 p.m. on July 8, 1986 at Deaconess Medical Center in Spokane to Keith & Syliva (Pierce) Coe.  She was lovingly raised between both Spokane and the Gifford-Rice area. She was raised alongside and attended school with her cousin Ashley Taylor and the two were known as “Babe” and “Sis”.  Kristina graduated in 2004 from Columbia High School in Hunters, Washington. She gave birth to her daughter, Alexis Coe, that same year.  She married Jeff Dotts in 2010 and gave birth to her son, Connor, later that year.

After graduation, Kristina worked at the post office in Gifford for a year before completing her CNA training.  After her training was completed, she worked at nursing homes in the Colville area.  She very much enjoyed her time working with the elderly and enjoyed making them laugh and smile.  She was an avid Facebooker, enjoyed texting her friends and was a country girl at heart, with a special love for dogs and cats.

Kristina had some dark times in her life which eventually brought her life to an end. Her family would encourage everyone who is struggling with any form of addiction to seek help and rely on the support of professionals, friends and family to help them through.  For this reason, memorial contributions in Kristina’s honor are suggested to any organization whose mission relates to drug and alcohol recovery.

Kramer Funeral Home of Palouse, Washington is caring for the family.  You are invited to leave online condolences and order flowers for the family at www.kramercares.com