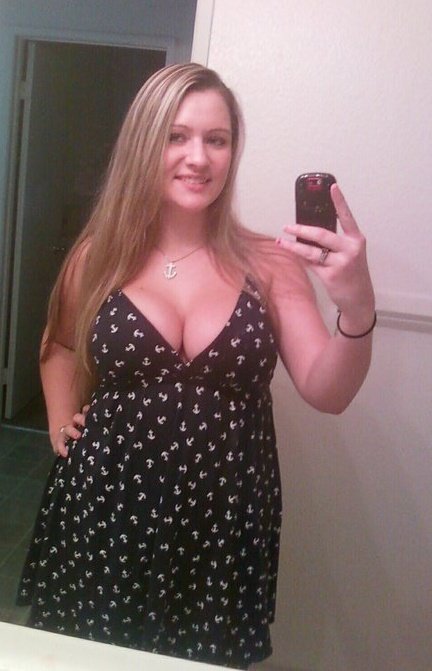 Ryan Church walked with his wife, Jamie, toward the USS Ronald Reagan, docked in San Diego.

It was Feb. 2, and he was on his way to a distant war in the Persian Gulf. He felt uneasy, but not for the reasons you might think.

They stopped and kissed.

“I’ll be right here waiting,” Jamie told him through tears.

She was a recovering pain pill addict, sober for only a short time. What if she relapsed without him?

Ryan was 22, Jamie 23. Friends in their high school days at Countryside in Clearwater, they had reconnected five months earlier and quickly married.

“I have to leave,” he said now, kissing her.

He lifted his bag over his shoulder, started up a set of stairs toward the aircraft carrier. She walked toward the car alone.

It was hard to say who faced the tougher battle.

They e-mailed, sometimes 10 times a day. On the admiral’s staff, he spent his days pushing paper and coordinating transportation. After his shift, he’d talk to Jamie, often on Facebook.

From his post one floor beneath the noisy flight deck, Ryan spit out raunchy rap lyrics and heartfelt poetry. He wrote what he was feeling, when he was feeling it.

Have you ever loved someone so much youd give an arm for, not just the expression, no literally give an arm for, when they know their your heart and you are their armor, and you will destroy anyone who would try and harm her.

Jamie was 17 when she took her first oxycodone for her scoliosis. She eventually snorted pills and finally got arrested for them. One day her mom found her in a Walgreen’s bathroom injecting the stuff into her arm.

She went to rehab three times, relapsed each time. In August 2010, her family sent her to an uncle in Arizona.

Ryan, stationed in San Diego, went to visit. He drove back weekend after weekend. After a month, he met her at the airport with a big sign: “Jamie Lynne Godette Will You Marry Me?”

Out on the ship with his thoughts closing in on him, he worried about her. He knew about addiction. He’d taken pain pills himself back in high school, but he’d stopped when he joined the Navy in 2008.

“Have you used since I’ve been gone?” he’d ask on the phone.

She admitted she had. It had happened before he’d even left. She’d melted down 30-milligram Roxicodones, the tiny blue tablets that were her addiction, and used a needle. She promised it wouldn’t happen again.

Ryan, on Facebook: if you love someone, why would you do something that you know will p– off that person.

Later he wrote: Always thinking bout the decisions I made in my life, I don’t regret them but…..

but what? Jamie asked.

but I should have never gotten married.

A day or so later, after they made up, Ryan posted:

I used to love life, till I lost all my friends to this drug life.

Sometimes she seemed cheerful, especially when she got together with some of the other Navy wives. But mostly she was bored and depressed, and worried about Ryan. She watched TV news to keep tabs on the boat — from Japan to the Persian Gulf. She wasn’t working, so she posted on Facebook — sometimes hourly — about what she ate, the status of her laundry, her workouts, her panic attacks, her back pain.

Ryan tried to cheer her up. He sent a poem every night. Sometimes his anxiety spilled onto Facebook: Gotta go home and show her that I love her before it’s too late.

On June 9, Jamie’s mother, Lynne Knowles, tried to call her. Knowles could tell from the GPS she had installed on her daughter’s phone that Jamie was at her apartment in San Diego. But she wasn’t responding. Knowles called Ryan. Ryan tried Jamie, too. No answer.

They called a friend downstairs. The friend broke in. Jamie was sitting in a chair, face down on the dining room table.

He flew from the aircraft carrier to Bahrain to London to Fort Worth to San Diego. It took him 36 hours.

He walked into their apartment with his parents and her mother for the first time on June 12 and dropped to his knees.

You’ll never know what it’s like to literally feel your heart break until you walk into a house were someone who loved you who is no longer around had decorated the house with tons of pictures of you. I walk in there and all I see is my face, but all I want is her face.

A month before, she’d asked him if she could have a friend visit from Florida. The friend had just gotten out of rehab. He knew now that Jamie and her friend had found heroin in Los Angeles.

He drove cross country to Clearwater for her funeral.

I just want to know wat I could of done to be a better husband to make her disease go away, make her realize she didn’t need drugs she just needed me and I wasn’t there.

After he saw Jamie in her open casket, after he spoke at her funeral, after he released 23 balloons on her behalf at Clearwater Beach, after he attended a Nar-Anon meeting with her mother, Ryan packed his duffel bag.

He put on his camouflage uniform and headed to the airport. He stowed his bag in the overhead bin, sat down in his seat.

In his lap, he cradled a tiny granite heart with her ashes.