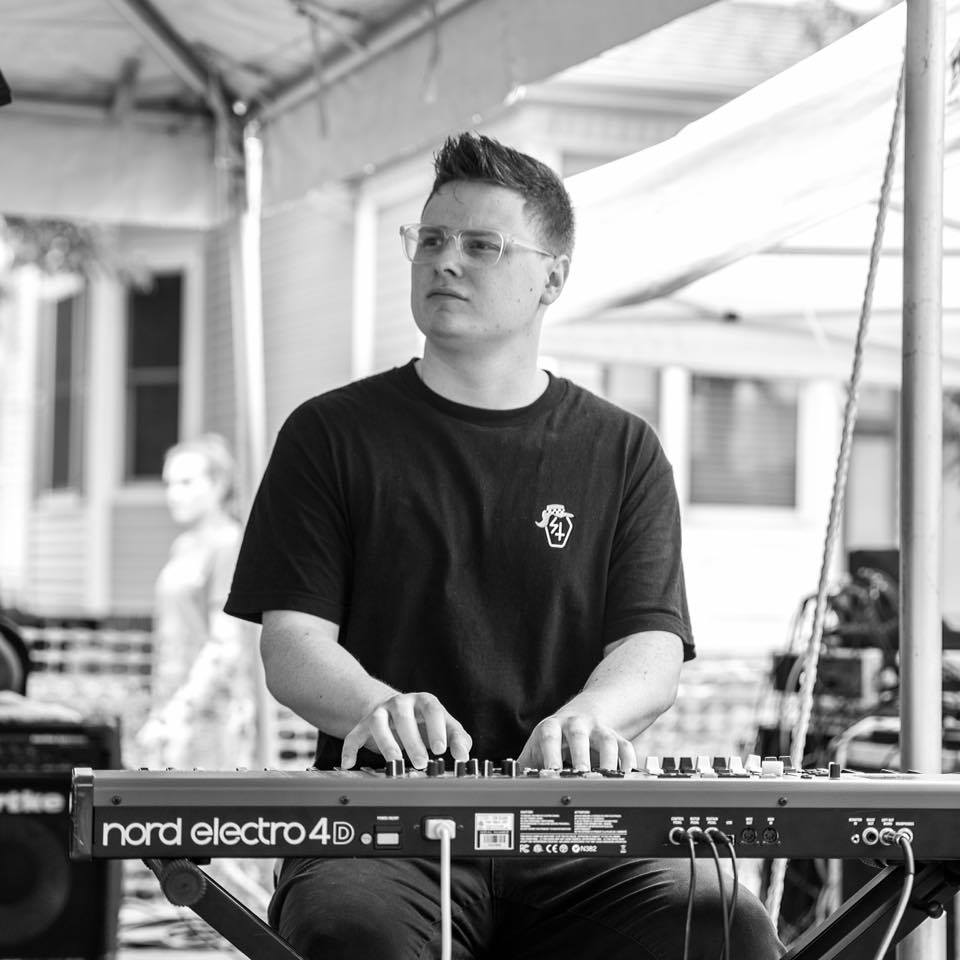 Henry Charles Rosenthal, 26, of Branchburg, died suddenly at home on Saturday September 30th, 2017. He had endured a long struggle against alcohol and drug addiction, and his death was due to heroin overdose.
Henry, known as Hank, was a gifted and accomplished pianist and keyboard player. He performed both as a solo artist and as a member of many jazz and rock groups, some of which include Big Wake, The Bryan Hansen Band, Wig Party, Until Wednesday, and the DeLoreans. He also accompanied many solo artists, including Peter Prasa, Andy Prasa, Danielle Illario, Wayne Lyle, Don Guillaume, and Seth Choynake. He accompanied performances of the theatrical troupe The Igloo Collective. He sang as a tenor for a time with the choir of Immaculate Conception Church, Somerville, and studied organ with its Director, Gary Gavula.
Hank began his piano studies at the age of 5, under Paul Salomone. Other teachers included Leslie Singer, Yuly Verbitsky, Jun Kim, and Zen Zadravec. He was a member of the class of 2005 of the Choir School of St. Thomas in New York City, and sang as a soprano with the choir of men and boys at St. Thomas, Fifth Avenue. He graduated from Somerville High School in 2009.
Surviving are his beloved parents, Tom and Robyn Rosenthal of Branchburg, as well as his brother and sister-in-law Gerry and Megan Rosenthal of Jersey City, his brother Mitch of San Diego, CA, and his sister Meredith of Philadelphia, PA. His grandmothers, Barbara Rosenthal of Branchburg, and Joyce Kuschke of Morristown, also survive him.
Viewing will be held Friday, October 6, 2017 from 2-4 and 7-9pm at the Branchburg Funeral Home 910 US Highway 202 South, Branchburg, NJ 08876.
Funeral services will start with a prayer at the funeral home at 10:00am on Saturday, October 7, 2017 followed by an 11:00am service at The Church of The Holy Cross 40 Mercer Ave North Plainfield, NJ 07060.
Committal will be private.
In lieu of flowers memorial contributions may be made in Hank’s memory to the Choir School of St. Thomas 202 W. 58TH Street NY, NY, 10019.
Please Support Heroin Angels