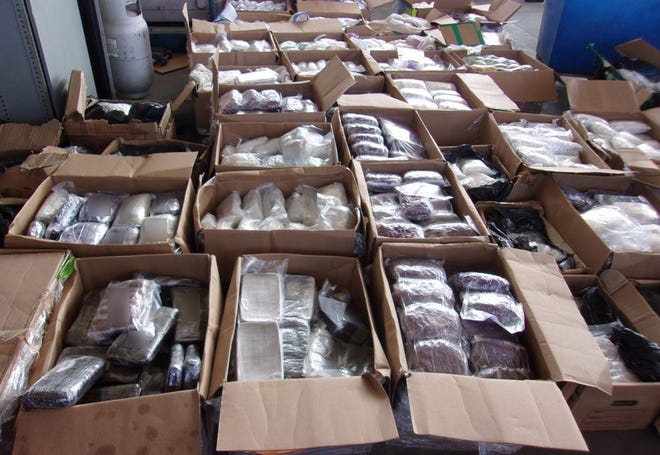 U.S. authorities seized more than 3,100 pounds of methamphetamine, fentanyl powder, fentanyl pills and heroin at the Otay Mesa border crossing with Mexico on Friday and officials said it was the second-largest single meth bust on the southwestern border in the history of the U.S. Customs and Border Protection agency.

The seizure happened about 9:45 a.m. Friday when a driver arrived at the cargo border crossing with a tractor-trailer shipment that was manifested as medical supplies, U.S. Customs officials said. An officer decided to refer the driver, truck, and shipment for a more intensive inspection, in part based on information from the Drug Enforcement Agency and the Homeland Security investigations.

“Smugglers will try every way possible to try and get their product across the border and because of the partnership between CBP, Homeland Security investigations and DEA this significant seizure occurred and we stopped them,” Anne Maricich, acting CBP director of field operations in San Diego, said in a statement announcing the seizure. “I’m proud of the CBP officers’ dedication to our mission; they continue to stop dangerous drugs from entering our communities.”